It all started with a food show on the Cooking Channel and a trip to their menu. From there, it was all downhill from that point.

For me, a guy from Portland, Maine, whenever I see Portland (the original one) on a food show, I know there is going to be lobster and lobster rolls. It's a given. So when I was watching this show (which was Delicious Destinations w/Andrew Zimmern) I knew one of the places I used to frequent would be on the show. Sure enough, it was to be.

DiMillo's Restaurant has been a mainstay in Portland for 57 years, it is now a "floating" restaurant, as it sits in Casco Bay. Great food. Some of the best in Portland. The surf and turf was what I was watching on Delicious Destinations and I was asked what the price of the item was. Not sure, I went to the website to find out.

On page load, on mobile, there is that icon. staring me in the face. In its usual place, indicating that the site has an overlay.

I hate overlays. Make no mistake about it, I hate them. They do nothing for the disabled user but make the experience worse. So I am staring this down and once again, that feeling of dread. 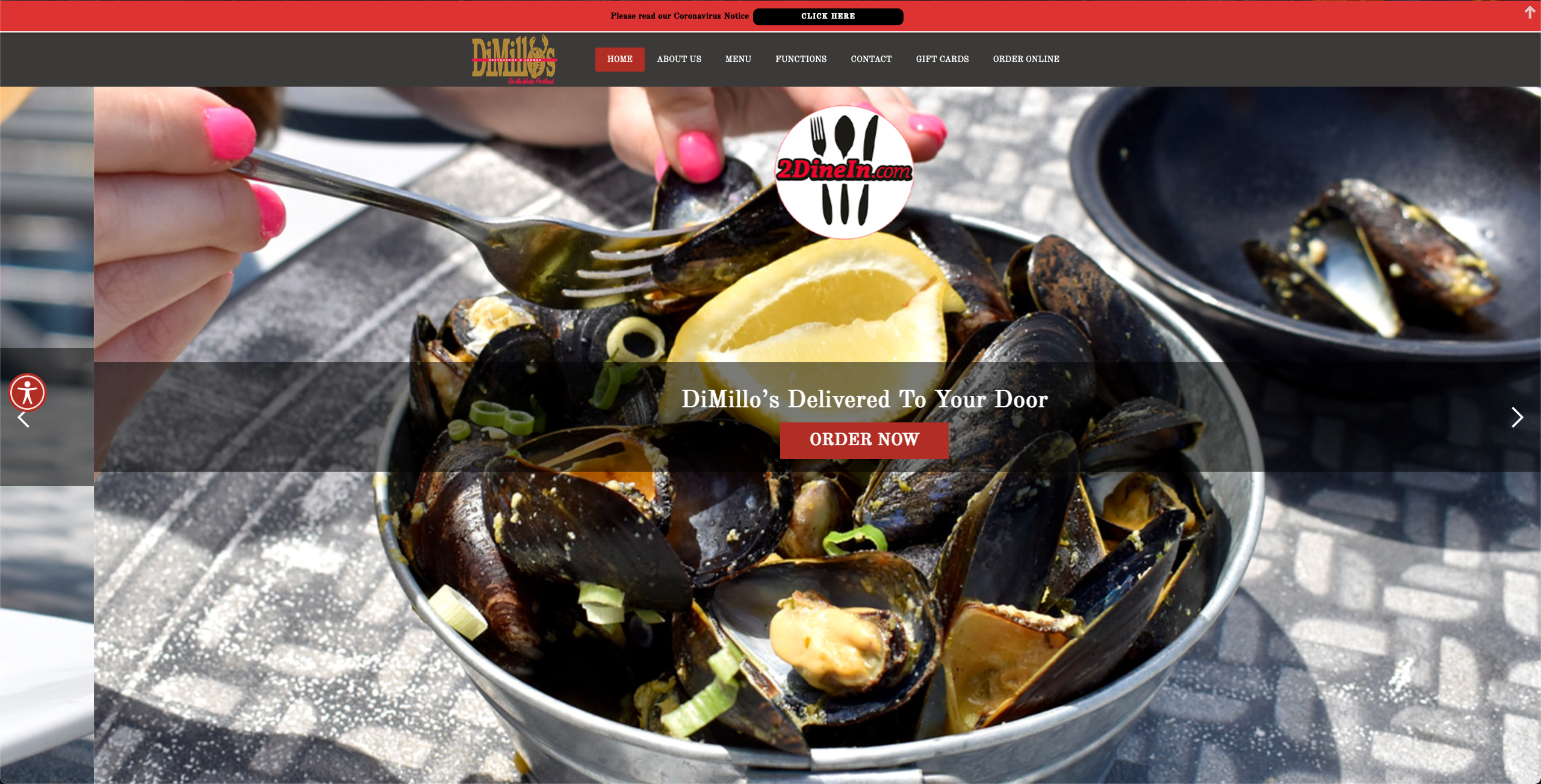 You can go to a number of sites like this one and read the accessibility statement and it will be the same as the one that you found before that. Some use (or have used) an overlay. Or this statement and then go to this site and see this statement

Who Is Doing This?

Well... in the case of what I stumbled upon that I am writing about, it is the Portland Website Company. A marketing firm, naturally. What really gets under my skin about these firm that tout an accessible website are:

Pure bull. That's what overlays are and that's what marketing firms are that hawk them. A straight up fallacy saying a site is made more accessible.

This leads me to a number of observations.

There is no way, with anyone that is in tech or especially web, that you're not going to know about the current climate of the accessibility community and the battle against the overlay vendors. You lack education, you lack knowledge, but had you done your homework, you would have known. Therefore I call the lack of morals when you exclude 20-30% of the population of the world or 15-25% of the population of the United States.

Overlays are here to stay. So are “male enhancement pills”.

They pop up like bad acne, cold sores, and groundhogs every February 2nd.

They are a grift, they are snake oil sold by people that have no scruples, and they are a smoke screen as to people that are too lazy to put in the work to make things accessible for everyone. There is no excuse in the world in my mind that can possibly cover the fact that these overlays are being hawked like this, with an accessibility statement such as the one on the Portland Website Company website.

When your website accessibility disclaimer includes the fact YOU are not responsible for the accessibility of a website YOU build, YOU obviously do not care who you are excluding. There is enough of that in web today and we do not need anymore of it. Disabled people of way past the point of being sick of it and fed up and treated like second-rate citizens, they are way past the point of sick of being excluded.

When you run from the responsibility, you're the problem along with the overlays you peddle that are the bigger problem.