I was “That dude”. Or “That guy”. The guy that thought his opinion was the one that mattered. It doesn’t matter I learned. I learned through a series of stupid tweets, Medium articles, and blog editorials. Shit posts and hot takes.

I was angry. Very angry. With a hatred for all things not me. People, places, things. If you had no purpose, if something didn’t serve me, if I was somewhere I did not want to be. I hated it. A seething, white-hot hatred.

Then I got sober in the late summer of 2013. That hatred grew exponentially. I was raw. I was newly sober and I could not medicate myself. I was even angrier.

I saw someone on Twitter tweeting about going through a hard time and it brought me to where I am, where I have been, and the work I need to do to not “be an asshole”. Believe me, I am trying my hardest to right the ship.

That’s what I was. That’s what I am from time-to-time. An asshole. I remember telling a person on Twitter to “RTFM” when they tweeted about not understanding CSS. “RTFM” something I always loathed and abhorred seeing, but yet here I was. The hypocrite.

I don’t have many friends in this thing called “the real world”. I just don’t. Not since I stopped drinking. They all went away, as most do when one stops drinking to excess and partying non-stop. I kind of thrive with interaction online. Most of it on Twitter which I cannot stand to be on but use anyway (still a hypocrite).

I have to be vigilant with a couple things. One being how I interact. I haven’t been doing a great job lately. My depression has kicked in since some family issues arose starting last year, yet those are not excuses for my behavior. I have no excuses. I have learned to take responsibility for my actions. I call myself out.

I just started thinking about a lot tonight. I was that guy that didn’t care. Even as far as being called the “Gordon Ramsay of web developers” way back when all we knew of Ramsay was screaming at people and cursing. And I did that on this message board I was a moderator of. That's embarrassing.

99.95% of the time now I can see something and just walk away, scroll by, turn the other cheek, not a word. Total silence. Those times though, where I inexplicably get pulled in. Those are the worst. Those little moments, those lapses in judgment, those cost me big. I’m “that guy”… again.

I was “That dude”. That is not helpful. I have to be better than I was yesterday. I used to say that to myself every day, then I stopped. Then I stopped being better than yesterday and it shows. So, I wake up and right next to me is my piece of paper sitting right there which reads, “Be better than you were yesterday”. 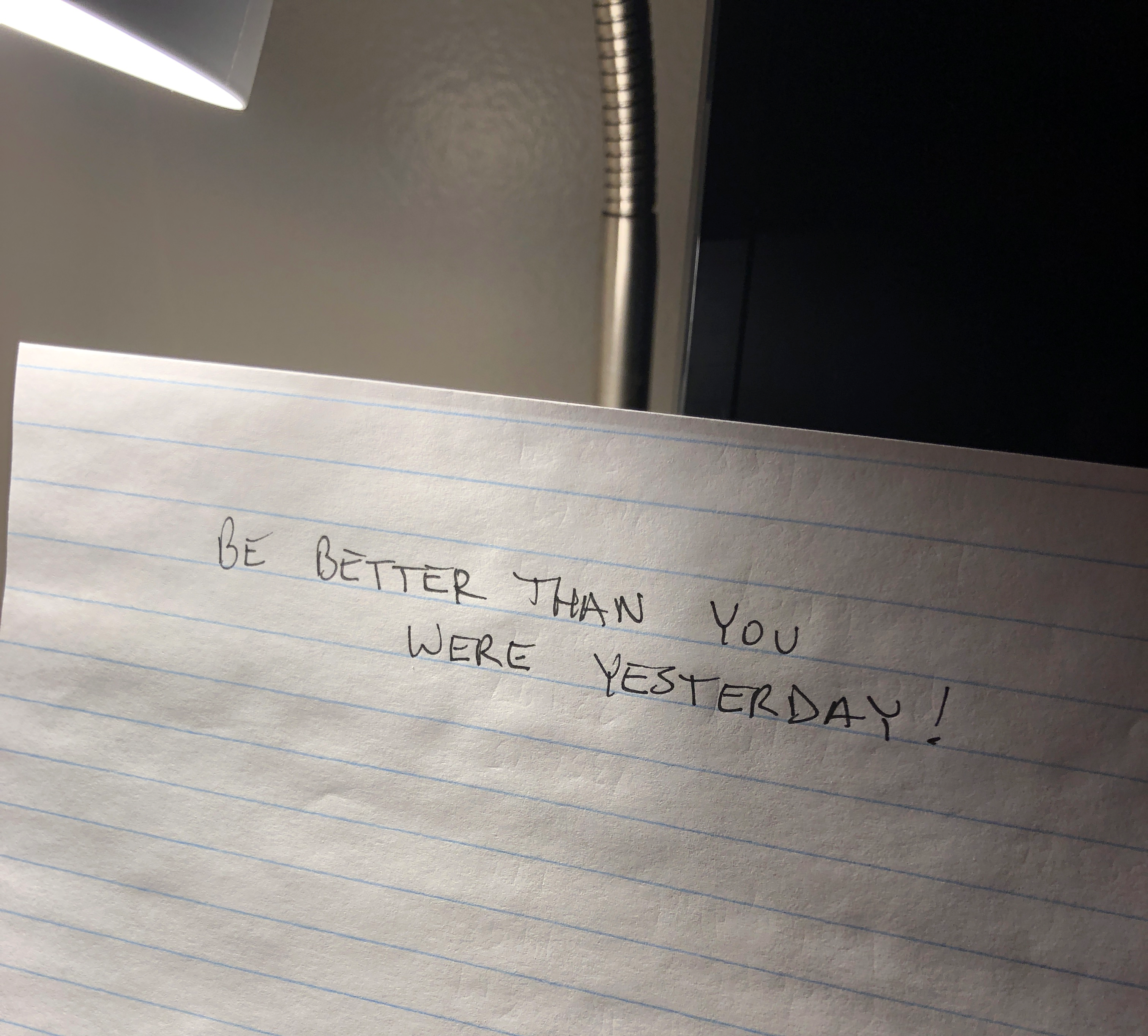 It’s the first thing I look at when my eyes open. Be helpful, not an asshole.